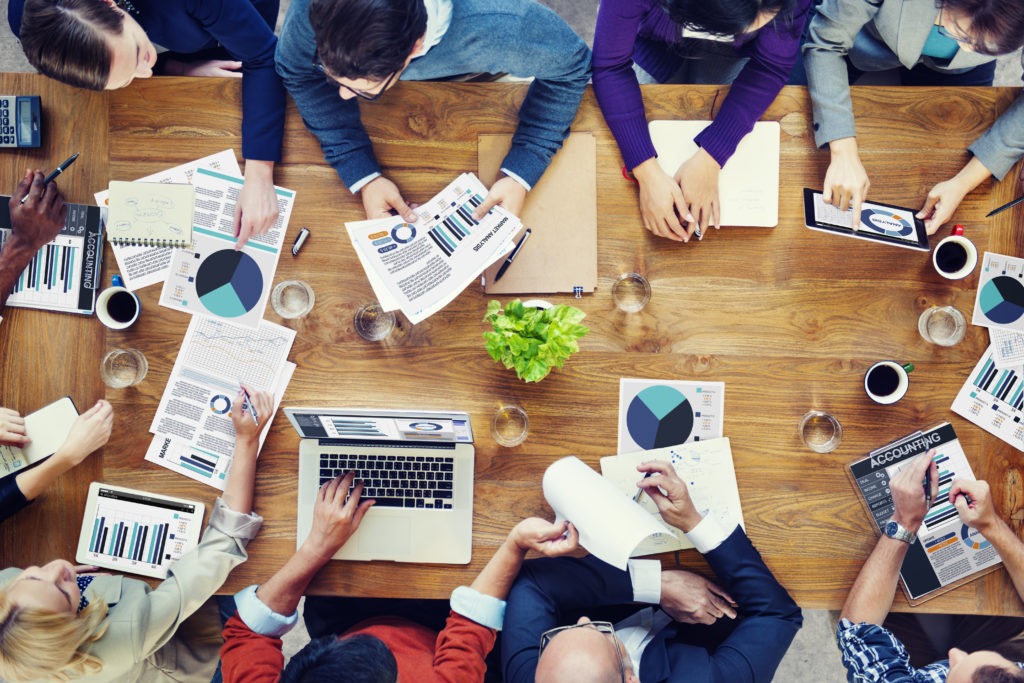 According to the latest available data, 340,300 thousand people worked in Poznań’s enterprises and companies in 2016.

Number and structure of employed persons

In 2016 there was a significant increase in the number of employed persons in Poznań. In total, by the end of the year a total of 340,300 people worked in the city (total employment, including entities employing up to 9 persons), i.e. 4.3% (14,100 people) more than in the previous year. This means that 630 people per 1000 inhabitants in Poznań were employed, which places Poznań on the 2nd place among the largest cities in the country (behind Warsaw).

The year 2016 was another year in which the area classified as the private sector grew. Such establishments accounted for 67% of the total number of employees (total employment, excluding units employing up to 9 persons), 3 percentage points more than in 2010.

The services sector, as in the cities of Western Europe, employed approximately 80% of employees. A total of 19% of all employees had a job in industry and construction, while less than 1% – in agriculture.
The largest group constituted those working in companies operating in the sections “Industry”, “Trade; repair of motor vehicles” and “Education”, with the number of employees increasing in 2016 in all these sections.

The city of Poznań participates in the works of the District Employment Council, which plays an advisory role when it comes to labour market policy. 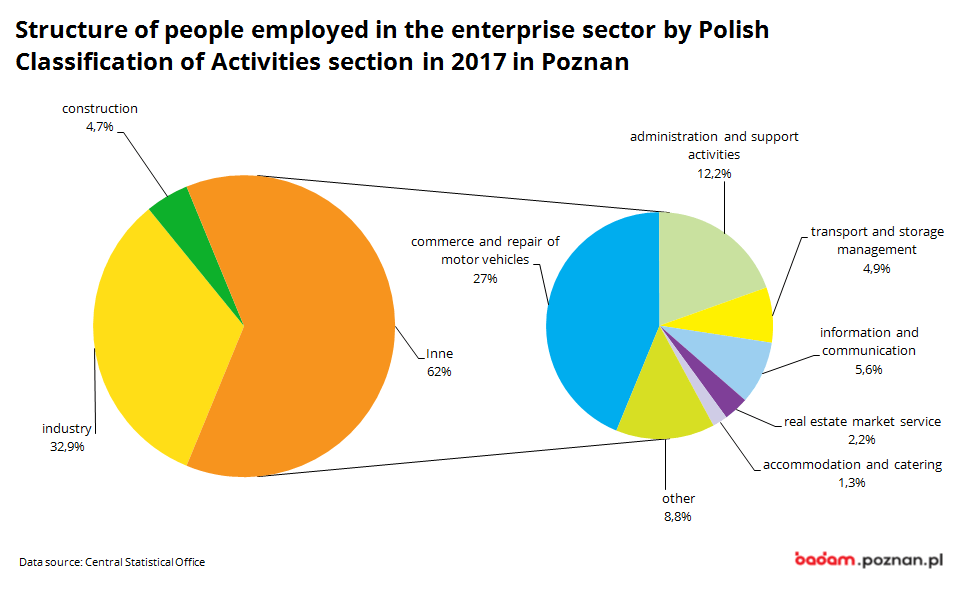 Good economic situation resulted in a recovery in the labour market and an increased number of job offers. Employers had the greatest difficulties in finding workers with specialised vocational education and workers for simple jobs. As a result of this situation, employers from Poznań were more and more willing to take advantage of employing foreigners.

Over the course of the year, the number of declarations of intent to employ a foreigner increased by more than a half. In 2017, 67,700 employers’ declarations on their intent to employ a foreigner were registered in Poznań and the Poznań District, almost 24,000 more than in the previous year, of which 93% concerned Ukrainian citizens. According to employers’ statements, 42,400 foreigners were temporarily employed in Poznań, including 38,600 Ukrainians. Nearly half of them were employed by temporary employment agencies.