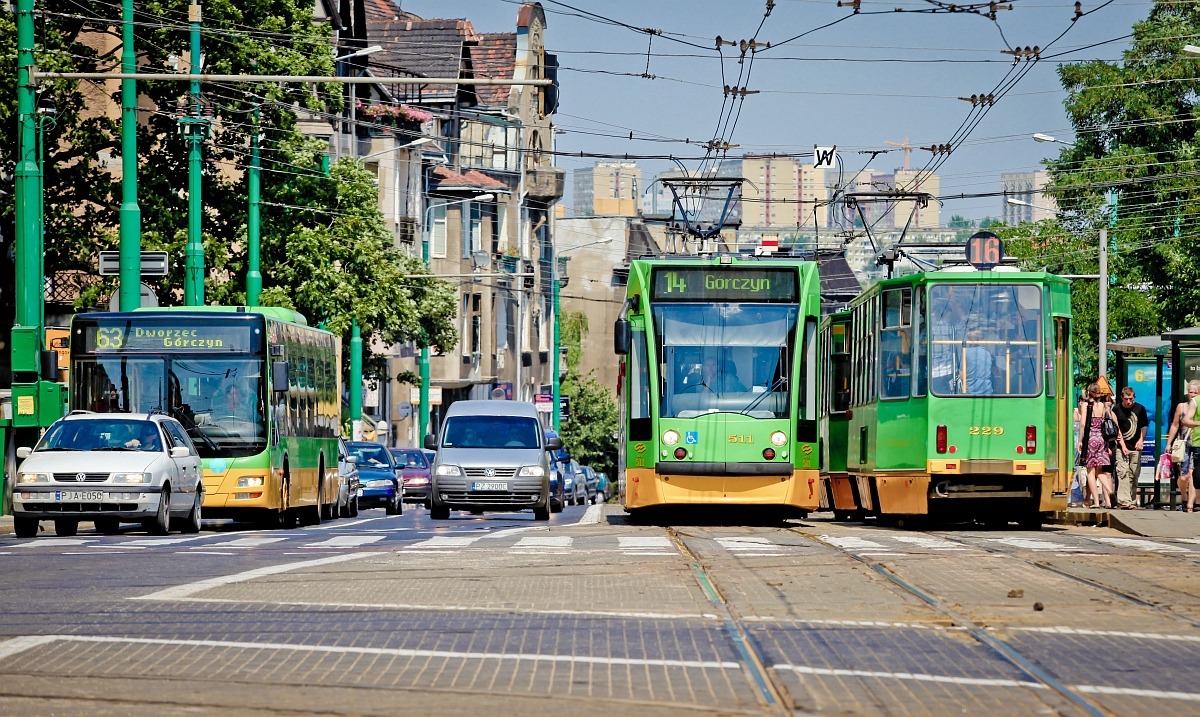 The Poznań road network consists of 920 km of hard-surfaced streets, of which more than half (52%) are in very good or good condition.

The most important renovations and investment carried out last year included:

In the city centre traffic lights are successively switched off to optimise public transport traffic, improve the flow of general traffic and the safety of unprotected road users (pedestrians and cyclists).

In 2017, a contract was signed for the phased implementation of the Traffic Management Support System, the basic software was deployed and the first stage of the inventory process was completed. Ultimately (by 2019), the system will allow for the development of a traffic flow plan database, optimisation of the approval process regarding traffic flow plans, registration of signs and signalisation, as well as better opportunities to analyse and reduce traffic safety hazards.

In 2017, there was an increase in the number of accidents in Poznań.

In 2017, there were 896 accidents, i.e. twice as many as in 2016. The death and injured toll increased as well. There was, however, a slight decrease in the number of road collisions.

Road incidents and their consequences

The greatest number of accidents and collisions were recorded in the following streets: Głogowska, Hetmańska, Krzywoustego, Dąbrowskiego and Grunwaldzka.

Poznań streets by the number of road incidents

Most accidents were caused by car drivers (783) and cyclists (150). Pedestrians were responsible for 72 accidents.

The most common causes of accidents included failure to yield the right of way and failure to adjust speed to road conditions. Police officers point to excessive speed, recklessness of young drivers, as well as inattention and lack of concentration, which may be due to, e.g. using a mobile phone while driving.