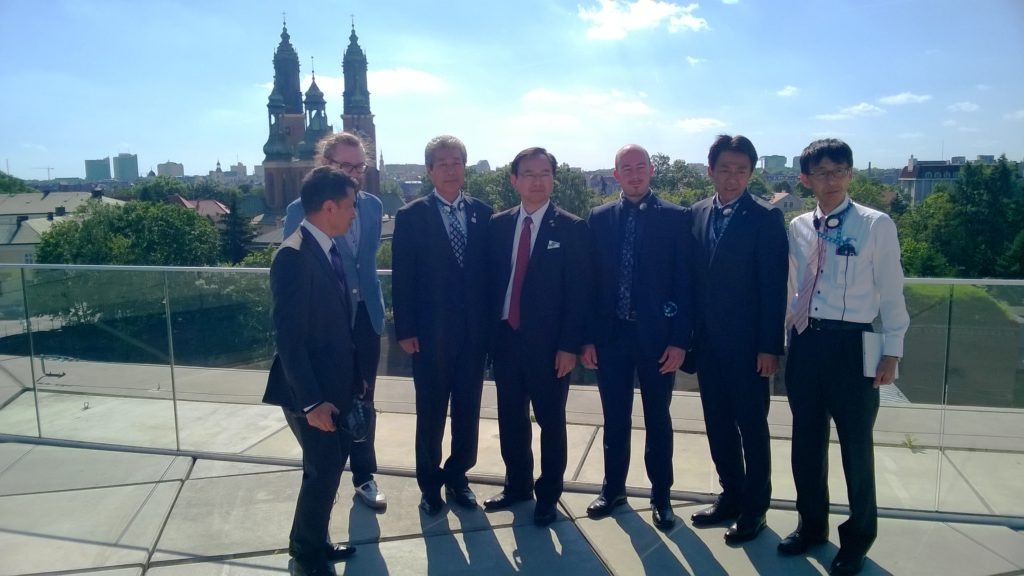 In 2017, the Metropolitan City of Bologna, the capital of the Italian region of Emilia-Romagna, joined the group of Poznań’s foreign partners.

Poznań’s contacts with metropolises in Europe and worldwide serve to strengthen the position of Wielkopolska’s capital domestically and internationally, and to improve the quality of life of its residents. The network of international contacts enables, among other things, mutual tourist promotion and exchange of good practices and experience on the functioning of the city
and its units.

Bologna is the capital of Emilia-Romagna, one of the richest and most developed regions in Europe, which the Wielkopolska Region has been cooperating with for many years. It is an academic city, a centre of industry, trade, business, and culture. Bologna was a partner of Poznań in 2 projects concerning urban development, i.e. “CCnet. Cities of Change – Cooperation of Cities in the Field of City Development” and “Gen – Y City. Get into the swing of the City!” as part of the EU’s Urbact programme, as well as in the field of urban logistics and the development of clean public transport.

Apart from local governments, Poznań and Bologna-based universities, research and development institutions, as well as schools cooperate with each other.

In 2017, the Mayor of the City of Poznań allocated a total amount of PLN 100,000 in the form of so-called “small grants”, i.e. grants awarded pursuant to Article 19 of the Act of 24 April 2003 on Public Benefit and Volunteer Work to co-finance projects in the area of cooperation with twin cities implemented by non-governmental organisations. Twelve projects, mainly covering young people, were implemented in the field of cultural, sports, and scientific exchanges.

In 2017, the most intensive cooperation concerned 10 cities:

The Metropolitan City of Bologna (Italy)

In 2017, the 17th Book Fair was held in Győr, attended by a delegation from Poznań, with the aim of promoting publications from Poznań.

In 2017, the following were implemented as part of small grants:

A delegation from the City of Poznań visited the Swiss cities of Basel and Lucerne. The topics of the visit included: cultural and sporting policy of the city, especially the functioning of the Lucerne Regatta and organization of important rowing events, revitalization of the river in the city, public transport, and mobility.

The Mayor of the City of Poznań Jacek Jaśkowiak met with the representatives of authorities form Beijing, Chongqing and Tianjin universities, who came to Poznań for the opening of the New Silk Road International Joint Research Centre and for the Conference of Polish and Chinese Universities organized by the Poznań University of Technology. The guests listened to presentations on the development, and entrepreneurship of Poznań as well as its academic nature. Topics of discussion included cooperation between Polish and Chinese cities in the area of economic, scientific, and educational cooperation.

European Week of Regions and Cities in Brussels

A representative of the Poznań City Hall participated in the debate “European cities implementing global programmes” as part of the European Week of Regions and Cities in Brussels. The debate was also attended by representatives of Barcelona, Copenhagen, Hannover, Liverpool,
and Malmö The main topic of the discussion included sustainable development objectives.

Visit of a delegation from the Khmelnytskyi City Hall to Poznań

Representatives of the Khmelnytsky City Hall, Ukraine, took place in the Poznań City Hall. The purpose of the visit was to learn functioning of Poznań’s economy.