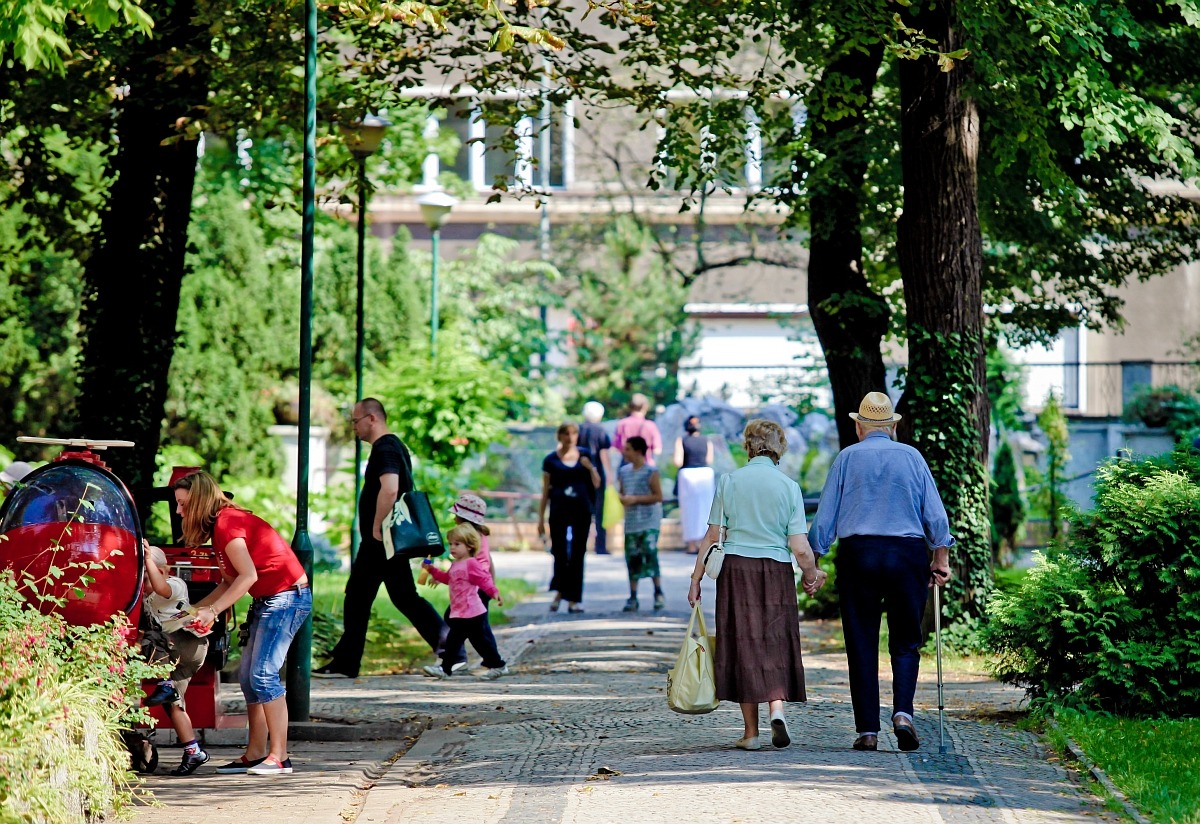 The number of births is increasing. In 2017, 6,420 children came into the world, which has been the largest number since 1989, and approx. 300 more than the previous year. The number of births was higher than the number of deaths, which resulted in a fairly high positive population growth rate, which amounted to 1.5 ‰, compared to 1.0 ‰ a year before. 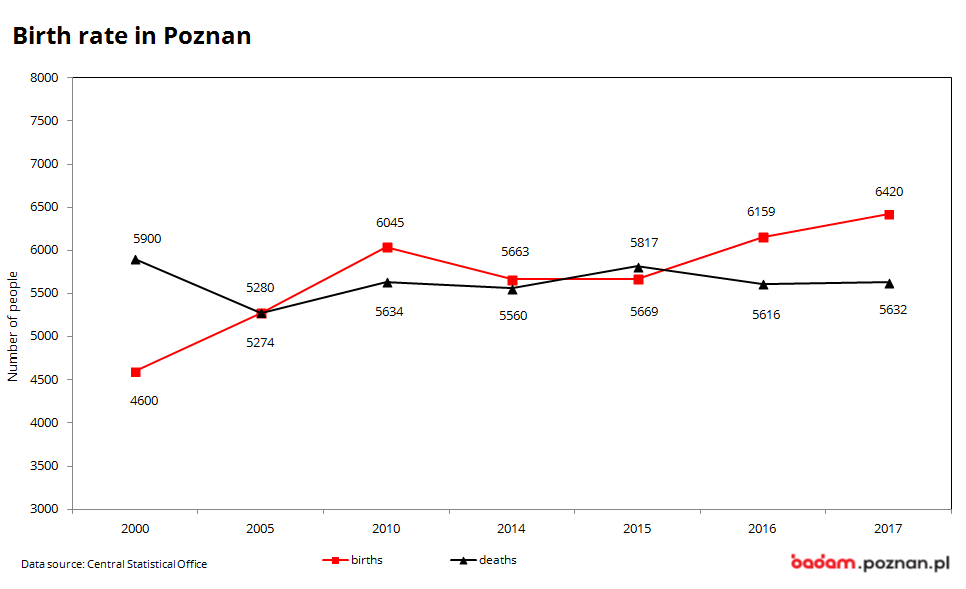 Migration loss remained the only factor influencing the reduction in the number of inhabitants of Poznań, and amounted to 1.9 thousand people, or -3.5‰, in 2017. This indicator, after a period of decline, has remained at a similar level for 4 years. The majority of people who emigrated from Poznań chosen the area of the Poznań district for their new place of residence.

Balance of migration in Poznań 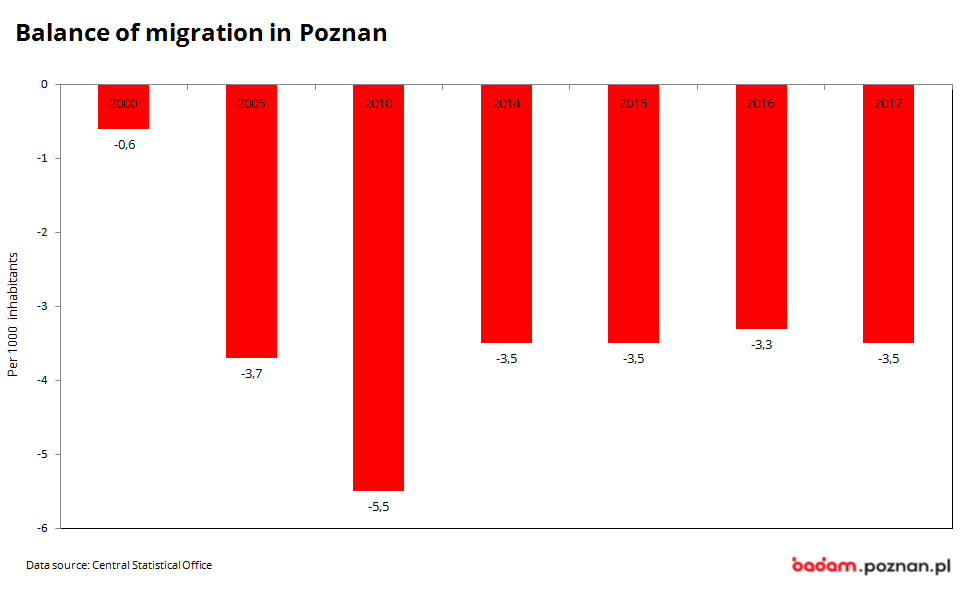 Population in a spatial system

There was a reversal of the depopulation process of Śródmieście, covering the area of 5 auxiliary units:

where the number of inhabitants registered for permanent or temporary residence increased by 2.1 thousand, to 110.4 thousand people, in one year.

Population compared to the Poznań District and other cities

Data of the NCPH

According to the latest National Census of Population and Housing 2011 (NCPH), the population structure was dominated by people with secondary and post-secondary education (37%). The number of people with higher education rapidly increased (from 20% in 2002 to 30% in 2011) with a decreasing share of people with basic vocational education (from 19% to 15%). More than half of Poznań residents (51.4%) were married, almost 1/3 belonged to the category single, and every tenth inhabitant of Poznań was a widowed person (9.7%). Divorced persons accounted for 6.5% of the population of Poznań.