Over the course of the year, the number of unemployed people in Poznań decreased by 1.5 thousand (to 5.0 thousand), although the number of available job offers remained unchanged.
Group layoffs covering 0.4 thousand employees were made by 14 companies.

At the end of 2017, the largest groups of the unemployed in Poznań were people with the lowest education (lower secondary and below – 24.5%) and higher education (29.5%). Although university graduates found jobs the fastest, they often did not match their qualifications. It proves that the educational programmes at universities do not match the needs of the labour market.

Persons with shorter work experience had the greatest problems with getting employed. Nearly a half of the unemployed had less than 5 years of professional experience, and over a half (55%) of people registered in the District Labour Office (DLO) were at the age of highest professional activity (25-44 years old), including 28% aged 25-34.

In 2017, employers hired mainly in retail and wholesale trade, administrative and financial services, as well as in industrial processing.

The number and dynamics of the unemployed 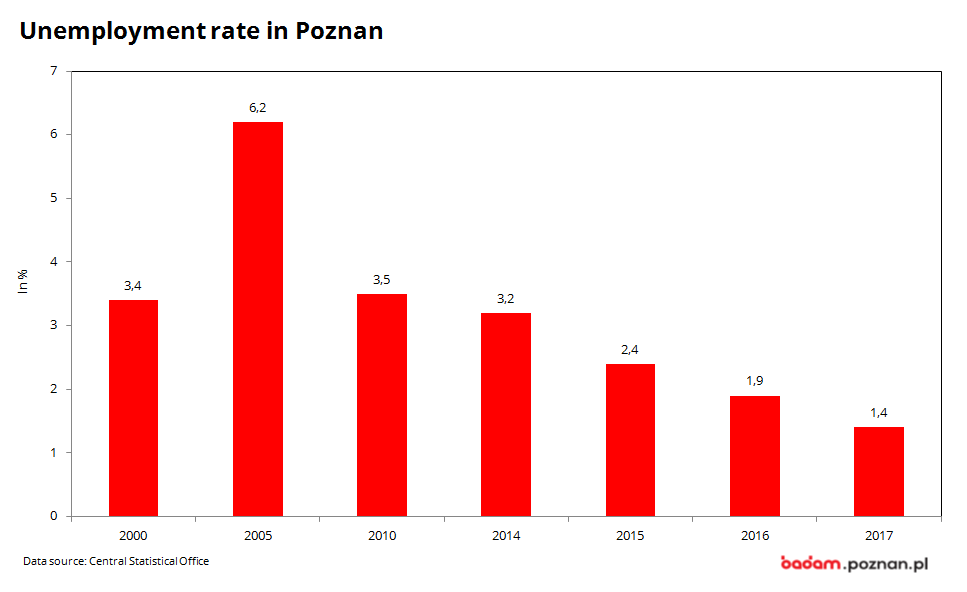