In December, there were 209 business entities per 1000 residents.

According to the Central Statistical Office (GUS), at the end of December 2017 there were 112.5 thousand business entities in the REGON register, i.e. 2 thousand more than in 2016 (an increase of 1.8%).
The number of newly registered businesses (8.6 thousand) was higher than the number of deregistered ones (6 thousand).

The largest number of new companies were established in the following sections:

The Poznań’s economy relies on micro and small enterprises, which constituted 92.2% of all entities registered in the REGON system.

At the end of December 2017, over 4 thousand companies with foreign capital participation were registered in the city. They constituted 3.6% of economic entities operating in the city.

Employment in the modern services sector in 2017 increased by ca. 18% and amounted to 16.5 thousand people at the end of the year.

Entrepreneurship in the largest Polish cities (2016) 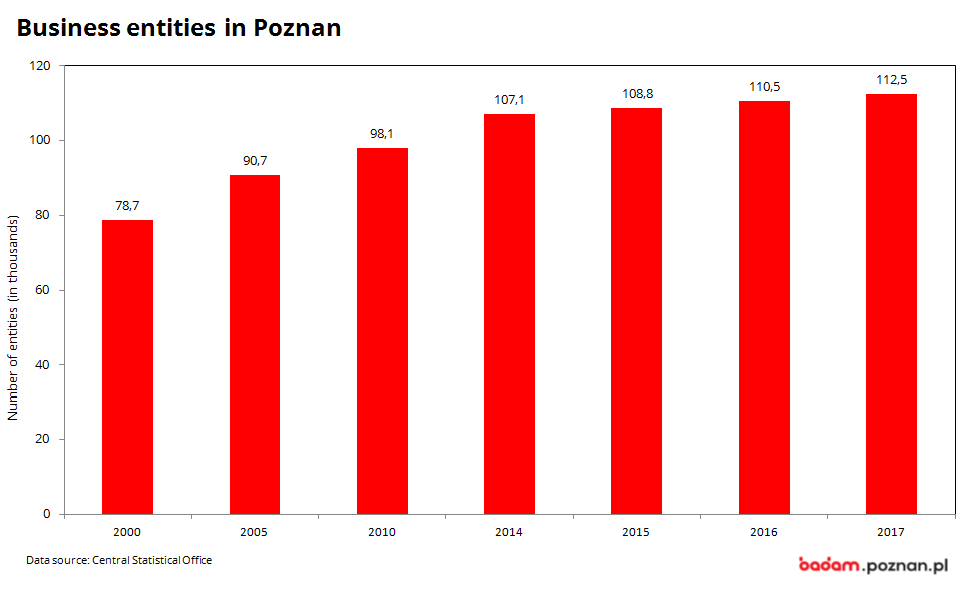