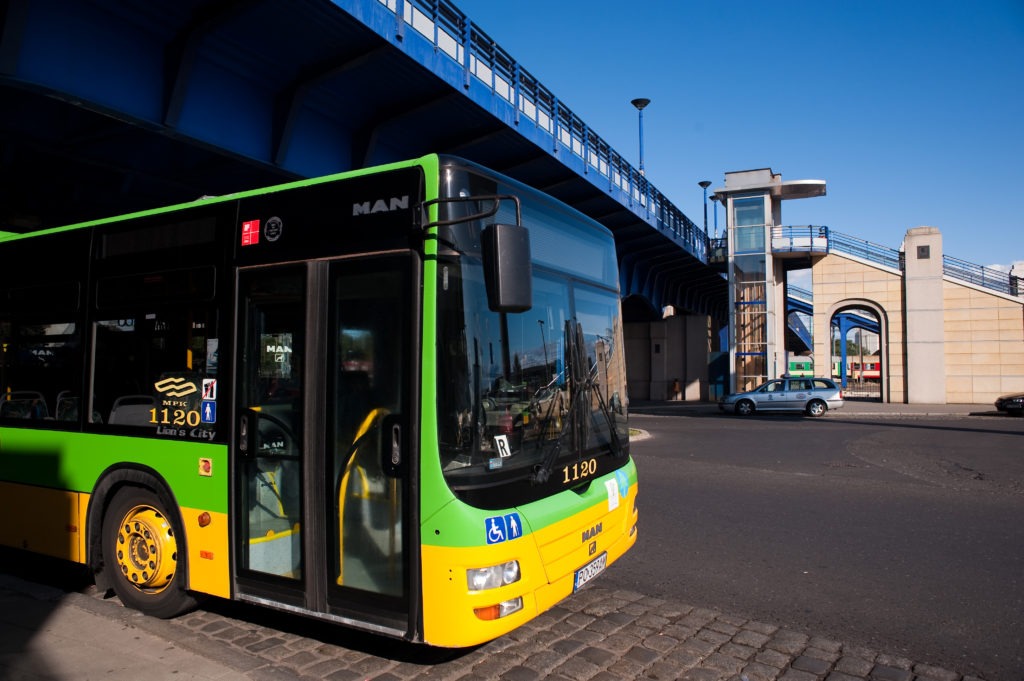 At the end of 2017, the number of registered users of the PEKA system amounted to 561.8 thousand.

In implementing inter-municipal and inter-communal agreements, ZTM is also responsible for organising public transport in the Poznań Metropolitan Area, thus integrating it by providing a transport service connecting the suburban area with Poznań. The work carried out in 2017 resulted in the integration of public transport in the city of Poznań with that in the Kleszczewo commune, which took place on 1 November 2017. As a result, the area where ZTM organises public transport was enlarged once again (18 communes and 60 suburban lines in 2017).

In 2017, bus and tram services were provided in Poznań by Miejskie Przedsiębiorstwo Komunikacyjne sp. z o.o. (MPK) on commission of ZTM.

Electronic Poznań Agglomeration Card is a tool for coordinating public transport in the Poznań agglomeration and the main element of a modern IT system. It is supposed to unify the system of payment for passenger transport provided by various independent carriers operating in the city of Poznań and the Poznań poviat, thus facilitating the use of public transport and increasing its availability.

The PEKA system enables introducing a more flexible ticket offer. The minimum period of validity of network and fixed-route tickets is 14 days. Each passenger can customise his/her ticket validity to his/her own needs – up to 366 days in the case of network tickets and up to 90 days in the case of fixed-route ones. The affordable Metropolitan Ticket is a special offer for people who live in Poznań or a municipality covered by the inter-municipal agreement and pay taxes to the City of Poznań or this municipality.

At the end of 2017, customers could choose from 297 points of sale (2 more compared to 2016) and 86 stationary ticket machines, adapted to handle the new system (9 more than a year before).
17.6 million – the number of tickets sold in public transport in 2017 was slightly higher (by 0.05%) compared to 2016
PLN 3 – this is the fare for covering the distance between 5-7 stops in the time tariff or between 11-12 stops in the tPortmonetka tariff

Since 1 September 2017, bus-tram-railway tickets have been available in a formula which is more attractive for passengers. The offer has been extended to cover an area of about 50 km away from Poznań Główny station. The area where the ticket is valid is divided into 7 tariff zones of Przewozy Regionalne (POLREGIO) and Koleje Wielkopolskie (rail carriers), marked with A, B, C, D, E, F and G. Terminal stations for particular directions are as follows: Wągrowiec, Gniezno, Września, Jarocin, Kościan, Grodzisk Wlkp., Nowy Tomyśl, Wronki, Rogoźno Wlkp.

At the same time, holders of a valid ZTM season network ticket, zone A, were offered yet another means of transport – they can travel around Poznań not only by buses and trams along lines organised by ZTM, but also by POLREGIO and Koleje Wielkopolskie, between stations with ‘Poznań’ and ‘Kiekrz’ in their names.

Modernisation of rolling stock and infrastructure

In 2017, Miejskie Przedsiębiorstwo Komunikacyjne (MPK) (municipal transport company) carried out modernisation works on selected sections of tram routes. The most important ones included:

In 2017, application documentation was prepared and contracts for co-financing with European Union funds were signed for a total amount of almost PLN 265 million for the following projects:

In 2017, new bus lanes were delimited along Grunwaldzka, Garbary, Mostowa and Warszawska Streets, thus increasing their length by 15.3 km. The new bus lanes are designed not only for buses, but also for taxis, cyclists, municipal services, motorcyclists and carrying at least three people. Similar solutions have already been introduced in many cities in Europe to encourage people going to work from the same direction to travel by one car instead of three or four ones, reducing significantly the number of cars in streets and traffic jams.

Since 2017, residents of Poznań have been offered the opportunity to rent scooters and cars for minutes. Users of vehicles within the car sharing system pay reduced prices for parking in MPAs.
Transport projects
The City of Poznań participated in the following EU projects:

The LAirA project is implemented under Interreg Central Europe to ensure better accessibility of multimodal transport in the area of airports in Central Europe, in particular through an integrated and smart transport policy focused on low-emission vehicles. The project is designed to reduce the degradation of natural resources and reduce energy consumption. Its main objective is to define transport preferences of airports’ employees and passengers, and to develop a low-emission transport policy within the city.

In 2017, two project studies were developed: analysis of transport accessibility to the Ławica airport and analysis of strategic documents and mobility plans with respect to the relationship between the airport and the agglomeration area. Cooperation with external stakeholders (Poznań-Ławica Airport, Poznań University of Technology) was initiated.

The SULPITER project is implemented also under Interreg Central Europe.

The project relates to sustainable logistics planning for cities and regions. The project is to: