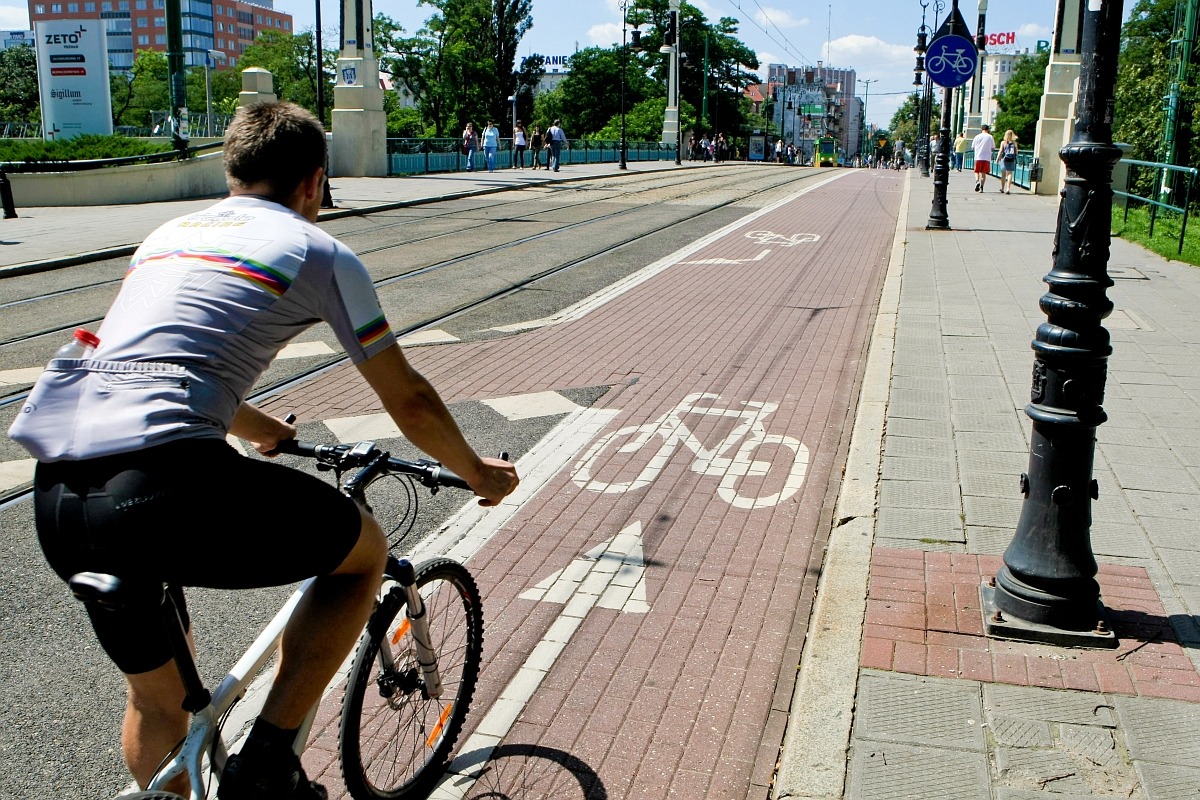 In 2017, the offer of the “Poznański Rower Miejski” bike-sharing system included 89 docks and 987 bicycles, including:

The system operates seasonally from 1 March to 30 November. In 2017, its operation was extended for the first time until 17 December.

Currently, PRM is the 4th bike-sharing system in Poland, after those operating in Warsaw, Krakow and Łódź.

The average time of bike rental in Poznań was 16 minutes and 12 seconds. Per over 1 million rentals, there were about 85% free ones (rental for up to 20 minutes). Residents of Poznań used bicycles most frequently from 4:00 p.m. to 5:00 p.m.

Półwiejska dock was the most frequently used location, both as regards rentals and returns. The most popular routes were as follows:

In the last three years, the number of bicycles in Poznań increased five times.

Team for the Operation of the bike-sharing system in Poznań

By order of the Mayor of Poznań, a team for the operation of the bike-sharing system in Poznań was established. Besides representatives of the Public Transport Authority, the team includes representatives of bicycle associations, Poznań University of Technology, Municipal Roads Authority and the Poznań City Hall. The team is a consultative and advisory body that defines the directions of the further operation and development of the Poznań bike-sharing system.

The development of the Poznań bike-sharing system has made the bicycle a popular means of transport. In the record-breaking 293-day long season of 2017, the following data was recorded:

In 2017, as part of the 30 km/h zone task, work was carried out in the area comprising the following streets: Solna, Wolnica, Małe Garbary, Garbary, Zielona, Podgórna and Al. Marcinkowskiego. Due to unavailability of parking spaces, the residents were allowed to park in a buffer car park in Chwaliszewo. Vehicles can be left there only by drivers who live in the area of Stary Rynek (Old Market Square) and are registered as residents of a Metered Parking Area.
The MPA is to improve the conditions for pedestrian and bicycle traffic by maximizing the number of roads available for bicycles and places designated for bicycle stands while limiting car traffic to the necessary minimum, which has a positive effect on the safety and development of the Old Town.

Wartostrada Poznań pedestrian-bicycle route is being gradually built to ultimately connect the Lech bridge with Przemysł bridge on a distance of about 10 km.

The aim of the project is to enable doing sports in the vicinity of the Warta River and to improve the attractiveness and accessibility of areas around it. The project received funding under the Wielkopolska Regional Operational Programme for 2014-2020 in the amount of PLN 16.4 million.