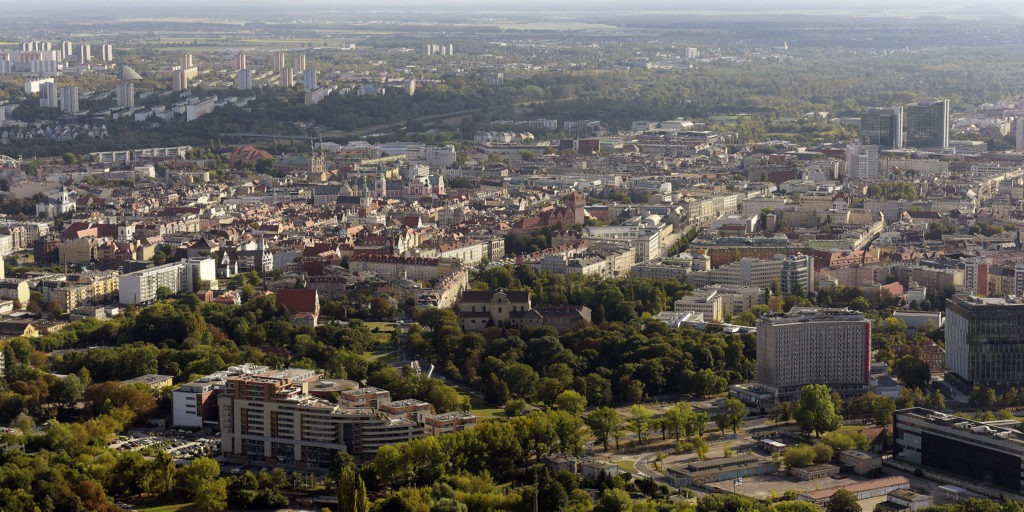 The area of the city is 262 km2. The span between the administrative borders of Poznań along the north-south axis is about 23 km and that along the east-west axis is approximately 24 km.

The area of Poznań is largely urbanised. Developed areas and roads account for 45.1% of the total area of the city.
The spatial and functional structure of Poznań is characterised by:

The spatial and functional structure of the city has been designed in a way reflecting the natural conditions. The Warta River valley divides the city into two parts:

Industrial areas cover less than 5% of the city’s area and are located mainly in the north-eastern part of the city (Główna Street, Karolin), in Podolany, Juników, and Wilda, and south of Hetmańska Street. As regards the fastest-developing industrial regions, these are Antoninek, Starołęka and Podolany.

Residential areas cover 13% of the city’s area, of which:

The ownership structure of the land in Poznań included:

Ownership structure of land in Poznań in 2017

Source: Board of Surveying and City Cadastre (GEOPOZ)

Structure of the city’s area by its usage in 2017

Source: Board of Surveying and City Cadastre (GEOPOZ)