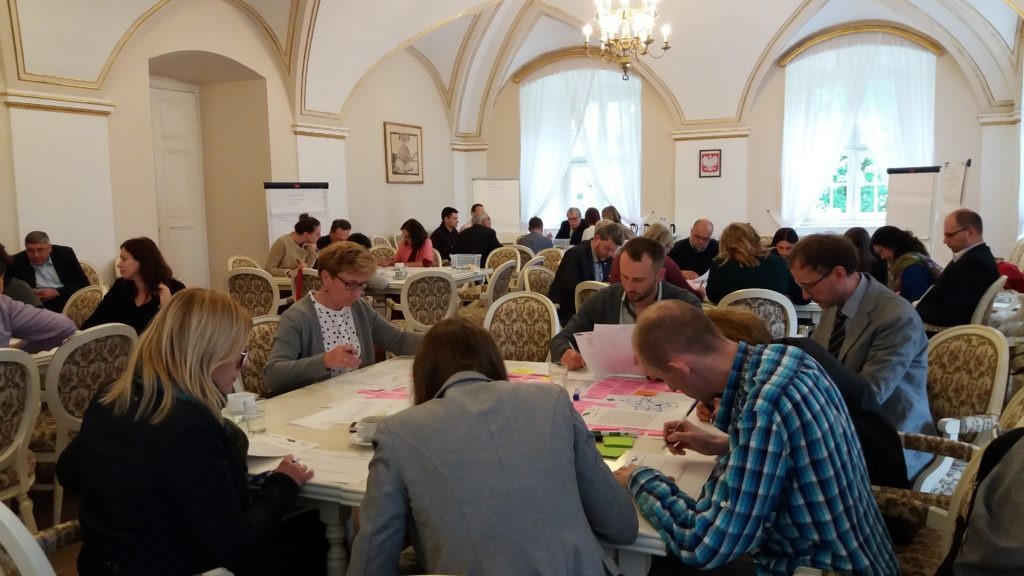 In 2017, social dialogue and public participation were developed in Poznań.

42 auxiliary units of the City – housing estates are functioning in Poznań. In 2017, they had financial resources in the amount of over PLN 25.3 million (PLN 24.3 million in 2016), including funds calculated in accordance with the resolution of the Poznań City Council, amounting to nearly PLN 20.9 million, funds for the grant competition – PLN 3.5 million, the 2016 and 2017 Poznań Civic Budget – over PLN 806 thousand. The housing estates allocated obtained funds for actions related to the following areas:

Projects for the activation of local community

In 2017, numerous measures to support the activation of local community for public good and local affairs were implemented, including:

In 2017, PLN 855 thousand was allocated for the implementation of measures in the area of “Actions supporting development of local communities” under the Programme of Cooperation of the City of Poznań with Non-governmental Organisations, including in particular:

The city and residents jointly carried out projects in the field of construction of technical infrastructure as part of the so-called local initiatives. This form of cooperation in the current formula has been functioning in the city for over 20 years and is very popular with local communities every year. As part of the created associations, the residents can carry out investments consisting in the construction of municipal utilities, road and pavement surfaces, and lighting, participating in 25% to 50% of total costs. In addition to cash benefits, the applicant’s own contribution may also take the form of social work benefits or benefits in kind (in particular, project documentation, investor cost estimates and other materials necessary to implement a local initiative).

The Centres for Local Initiatives (CIL) is a programme implemented as part of open invitations for offers on the basis of the Act on public benefit activities and voluntary service. It consists in cooperation between the local government and non-governmental organisations, and has arisen from the need to develop the local community and promote social activity.

The CIL programme is characterised by:

Assumptions of the Centre for Local Initiatives:

The most important tasks of the CIL programme include:

The following principles should be included in activities for development of local communities:

Components and structure of the CIL activities:

Projects implemented as part of activities of the CIL are related to:

Entities operating in Poznań in 2017 included:

In 2017, the following actions were organised: